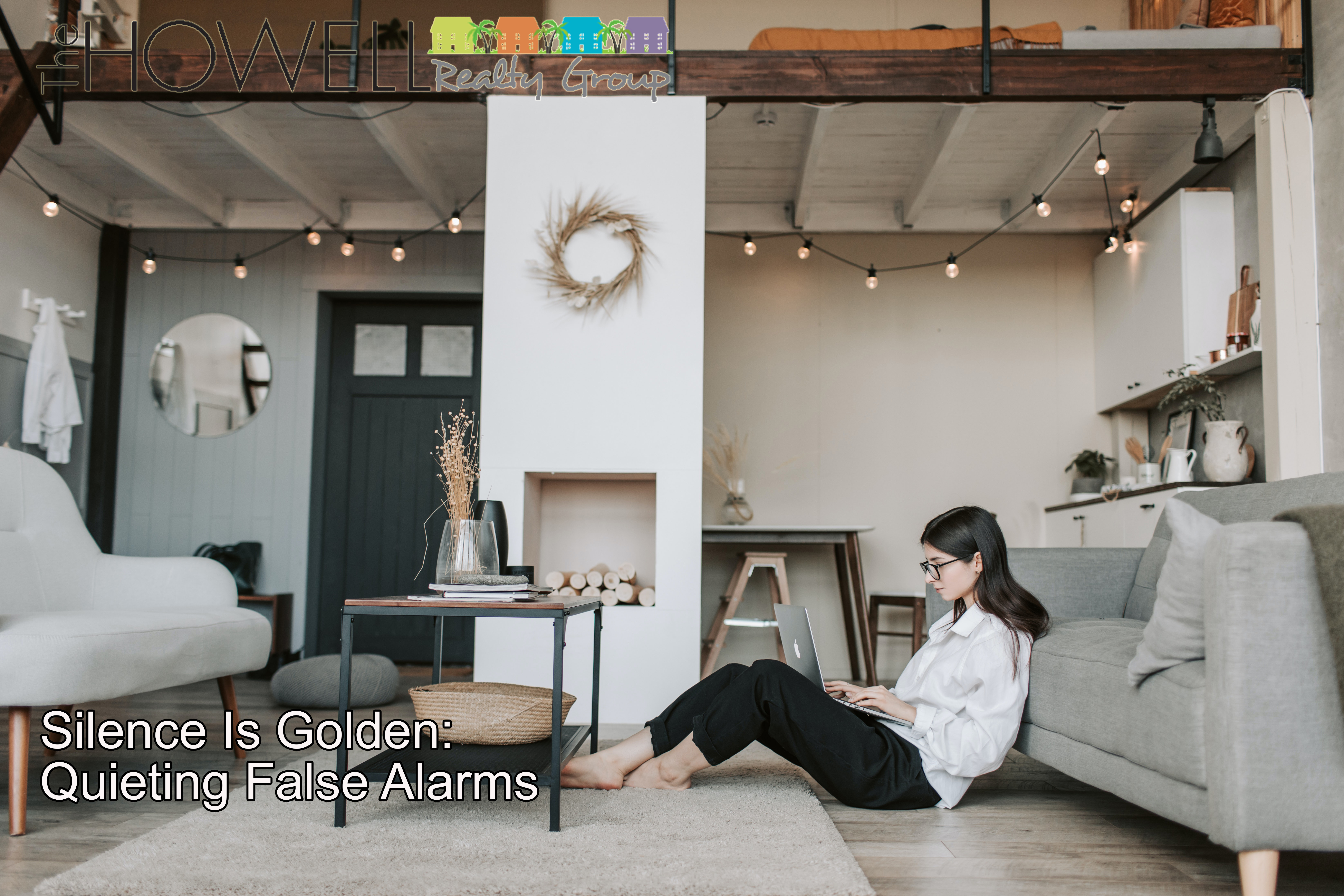 Alarms play an important part in keeping your home safe. Smoke alarms and other fire alarms can give you an early warning in case a fire breaks out somewhere in your house, which is why it’s recommended that you keep your alarms in working order. To make this easier, some homeowners opt for hardwired alarms which don’t require periodic battery changes to stay active; these alarms are powered by your home’s electrical wiring, so they’re always functional as long as you have power.

Unfortunately, these alarms sometimes go off when there isn’t a fire threat as well. While you don’t want your smoke alarm or other warning system to miss signs of an actual fire, it can be pretty frustrating if your alarm goes off all the time when there’s no actual danger. If you have issues with an alarm that seems to always be going off, here are a few things that might help.

If you have a smoke alarm that’s way too sensitive, especially if I didn’t used to be, then there’s a good chance that you need to clean it. Dust, dirt, and similar small particles are some of the most common causes of alarms becoming too sensitive over time. The reason that this occurs is that these small particles can interact with your alarm in the same way that smoke particles do, triggering its sensitive mechanisms. Carefully cleaning your alarm with canned air or using a vacuum designed for electronics use can remove the dust and restore the alarm to proper working order.

It’s worth noting that insects might also be part of the problem with your alarm, especially if there’s a bit of a dust buildup on the alarm unit. These may be cleared out when you blow the dust free from your alarm, but it’s possible that you’ll need to place insect baits or spray bug spray on the wall near your alarm to help get rid of them. Just make sure that you don’t spray the alarm itself, and keep in mind that even spraying near the alarm might temporarily set it off.

If dust isn’t the culprit for your overly sensitive alarm woes, humidity might be the problem. If the humidity is too high, water condensing on the sensors within the alarm, or even just water vapor or steam interacting with those sensors, can interfere with the alarm and cause it to go off. This can be especially problematic as too much water within the alarm can actually damage the alarm mechanism and cause it to completely stop working or start sounding all the time.

If humidity is your issue, the only way to take care of the problem is to remove the humidity. This can be accomplished with a dehumidifier placed in overly humid rooms, pulling water from the air and keeping it from affecting the alarm. If the problem is that the alarm is too close to a stovetop or otherwise being exposed to steam, you’ll need to do a bit more work to fix the issue; you’re going to have to install a hood, vent, or some other method of redirecting the steam before it comes in contact with the alarm. If you don’t, the steam will likely ruin the alarm sooner or later.

In some cases, issues with smoke alarms are caused by electrical problems or insufficient current to keep them properly powered. For battery-powered alarms, all that’s required is to change the battery every few months to keep the alarm in good working order. With hardwired alarms, though, it’s a little more complicated. You’re going to need to call in an electrician to check out the situation, and they’ll either have to fix the wiring or possibly replace the alarm if it’s found to be defective.